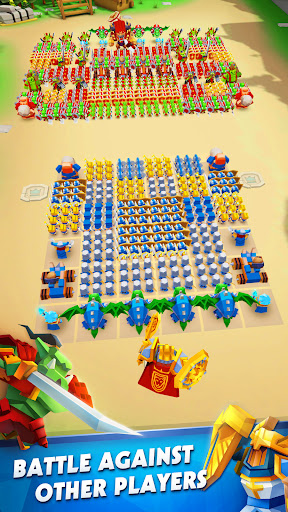 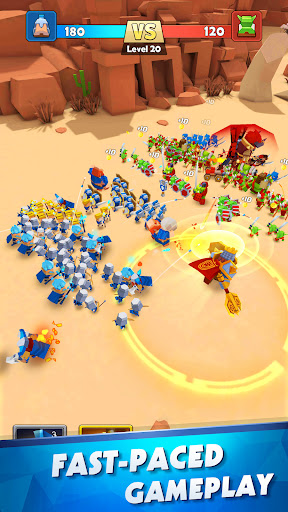 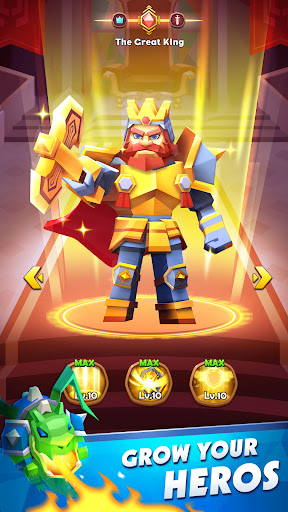 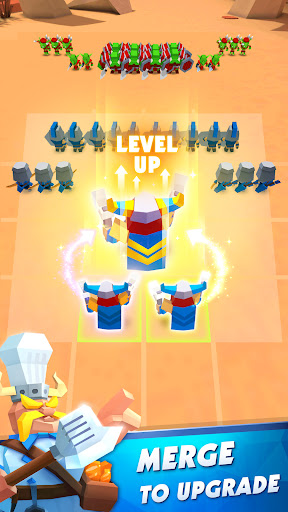 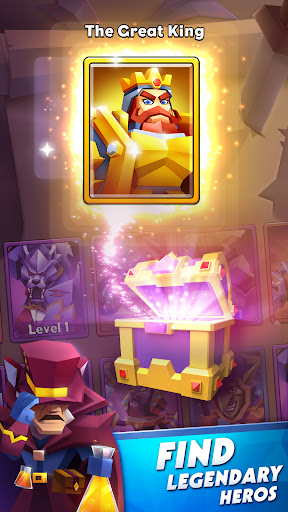 Lead your warriors to victory and conquer the world in this strategy war game! Easy to learn, easy to play. Become a master of war in no time!

♦ Top Battles
Simply arrange your battle formation and then sit back, relax and watch your army demolish your opponents! Experience the thrill of winning the war on all kinds of battlefields:

Castle Defense – Crazy defense! Fend off enemies as the hero of Castle Defense and win huge rewards!
Boss Rivals – Defeat powerful boss rivals in war battles to take home the loot!
Legend’s Tower – Test your courage by challenging the champions at the Legend’s Tower!
Arena – Train your army, lead them into intense PVP wars against other players in the Arena!

Become the king of the hill and claim your spot on the leaderboard against players from all around the world.

♦ Legendary Warriors
Build your dream army by recruiting the world’s strongest warriors and heroes! Recruit powerful legends like Sir Lancelot, the God of War, and other epic heroes and empire warriors to turn the tides of war in your favor!

♦ War Strategy Game
You’ll need to tactically arrange your army formation to win the battles! Recruit the right warriors and heroes, upgrade their unique skills, build an army of all races and professions to make your troops stronger. As the commander of your warriors, the fate of your people rests in your hand! Build the perfect army and use the smartest strategy to lead them to victory!

♦ Endless Fun
The battles never stop so the fun never ends. Endless maps and levels to satisfy your battle needs! Battle across the world and fight in all kinds of terrain, from the coast of Sandy Beach to the deep Hidden Forest, to the Forbidden Temple, and to the Ruins of the Abandoned. Unlike other war strategy games, there are endless new challenges to keep you on your toes! Every side game offers a fresh playstyle so use strategy to get the most rewards out of them!

If you love a good solid war strategy game that’s fun and thrilling, then Pocket Battles- War Strategy is the game you’re looking for! Use strategy to win your battles just like in a real war! Put on your commander hat and lead your army across the different lands to fend off the orcs invasion! Build your army, protect the lands and become a legend in the game!